Which university graduates are most likely to become a CEO?

Being a CEO might sound like a far-fetched dream but what if we tell you that some universities have been known to produce the most number of CEOs in the world? Universities in the UK are not just the best in the world for education but also offer work skills that can help skyrocket your career.

The study revealed that it wasn’t just the top ranking UK universities that create leaders. Many of the less popular universities have also produced business leaders and risk-takers who reached top corporate positions in less time.

Learn more below about which universities produce the most CEOs and begin your UK study application by arranging a free consultation with SI-UK India today. 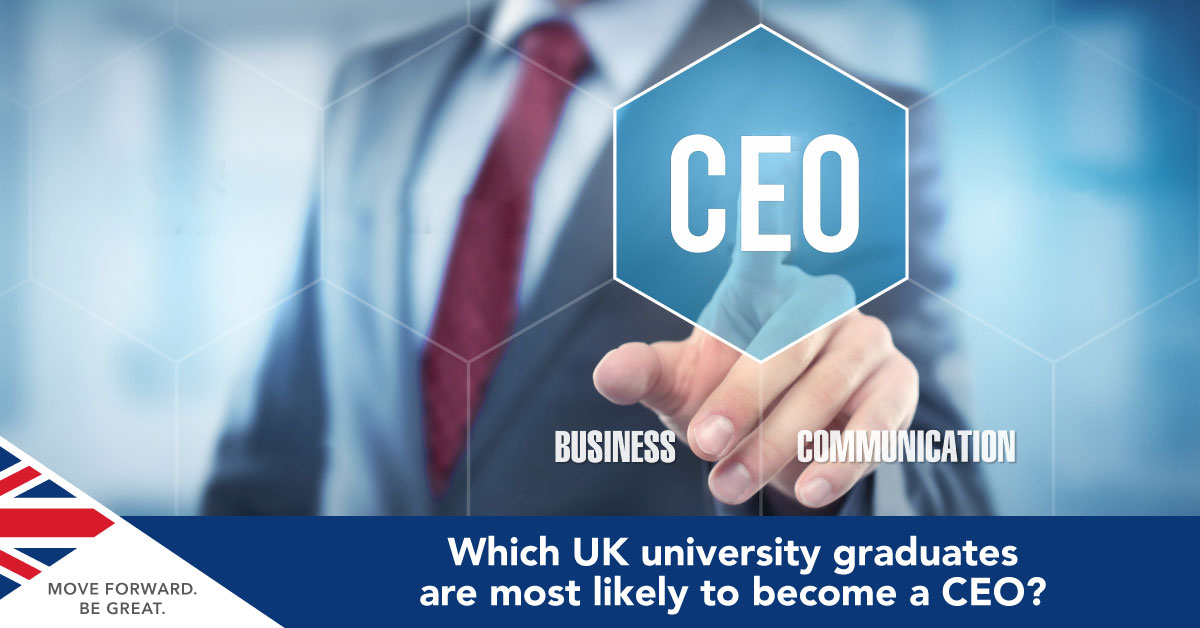 Top 5 UK Universities that Produce the Maximum Number of CEOs

A total of 121 UK universities were selected for this study. If you plan to study in the UK and aspire to become a business leader, you must consider these top 5 universities known for producing the most CEOs.

London School of Economics and Political Science is amongst the oldest and most prestigious universities in the UK. With over 48% of international students, the University is a top choice for anyone opting to study in the UK.

SOAS University of London is popular amongst students looking forward to specialising in language, culture, arts and other related subjects. A huge number of international students choose this university for its extensive support and wide learning opportunities.

The University of Cumbria is known for its quality of teaching and the opportunities it provides graduates opting for either further studies or employment in the UK. Classes are small in size, offering a personalized and comfortable experience to students.

Apart from these some other star contenders in this list are London Metropolitan University, University of Westminster and Buckinghamshire New University.

Financial aid is easily available in the form of scholarships at the above mentioned UK universities.

Here is the list of some of the scholarships accessible to international students:

Apart from the university-specific scholarships, other aids are also available based on your nationality. You can enquire more about scholarships by contacting our experts at SI-UK India.

For any guidance or information, you can book a free consultation with an SI-UK India education expert today.