The Best Universities in Ireland

Ireland, a neighbouring country of the United Kingdom, is one of the wealthiest countries in the OECD (Organisation for Economic Co-operation and Development) and over the last few years, it has emerged as a preferred destination for Indian students.

In total, 32,000 international students were studying in Ireland last year, 2,000 of which were from India. 80% were enrolled in a Masters's degree or PhD, with the most popular courses being computer science, finance and data analytics.

Irish Universities are ranked among some of the world's best universities. Learn more about them below and to begin your application to study in Ireland, arrange a free consultation with SI-UK India today. 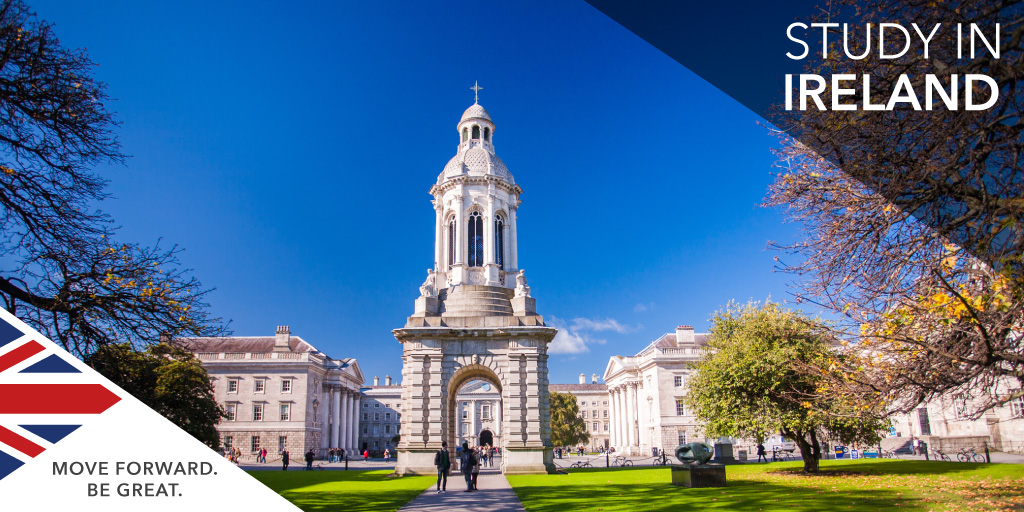 Trinity College Dublin is one of the oldest universities in the world, founded in 1592. Trinity offers a unique opportunity for international students to blend academic excellence with cultural and social activities, equipping graduates with the skills and knowledge required to succeed. Ranked number one in Ireland, Trinity is also ranked 88th in the QS World University Ranking 2023 and is among the top 100 universities worldwide to study Philosophy, Education, Law, and Sociology.

University College Dublin (UCD) is ranked among the top 1% of universities worldwide. Currently ranked 168th in the QS World University Ranking 2023, UCD is also number one in Ireland for 40 subjects. University College Dublin's UCD Michael Smurfit Graduate Business School is also one of the world's best business schools It offers an MBA, ranked 70th globally and 25th in the European Business School rankings.

The University of Galway is located on the western coast of Ireland and was founded in 1845. 17,000 students are currently enrolled, 2,000 of which are international, and Galway is ranked in the top 2% of universities worldwide for the quality of teaching and research.

Founded in 1845, University College Cork (UCC) is part of the three Queen's Colleges. The University has been named Irish University of the year five times. UCC offers over 120 degrees in Humanities, Business, Law, Architecture, Science, Food and Nutritional Sciences, Medicine, Dentistry, Pharmacy, Nursing and Clinical Therapies with over 20,000 students.

Dublin City University (DCU) is a young university situated on an 85-acre campus three miles north of the River Liffey in the city centre and just a 15-minute drive from Dublin airport. DCU's business school and Engineering and Computing departments are one of the best in Ireland and offer programmes in every field.

If you need more information about Irish universities, scholarships, and post-study visa for studying in Ireland, arrange a free consultation with SI-UK India today.