Top Ten Universities in the UK 2020

Why Study in the UK?

The UK is home to many of the top institutes in the world. Indians form the second-largest international student population in the UK, making it a home away from home for the Indian student body there.

With the new post-study work visa (PSW visa) also known as the Graduate Immigration Route, studying in the UK now comes with the added advantage of being able to stay and work in the country for two years post graduating.

Read on to learn about the best UK universities based on the university rankings in 2020. Arrange a free consultation with SI-UK India to find the right UK university for you now. 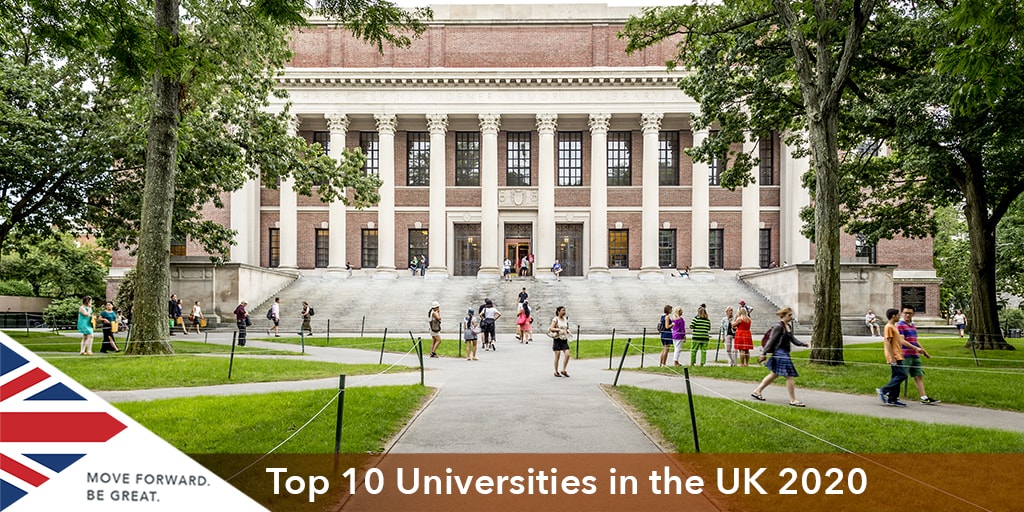 Here are the top 10 UK universities listed according to their overall rating based on the Times and Sunday Times Education Guide (2020).

Oxford is the undisputed academic gem of UK universities, ranked foremost globally for research and academic achievement. The University is number one for medicine and in the top ten for social sciences, life sciences and arts & humanities.

Established in 1209, Cambridge is a legendary university positioned in the top ten globally. It is known for its academic superiority and unparalleled original research. It currently hosts 18,000 students from 120 different countries.

Imperial College London holds an international reputation as one of the world’s best universities. It ranks highly for providing academic research and education in science, technology, engineering, medicine and business programmes.

University College London (UCL) was established in 1826. A progressive institute since its conception, UCL is a pioneer in bringing education to all. The University is also known to produce highly employable graduates.

London School of Economics and Political Science is a renowned name in the academic world and consistently lists in the top ten in all major rankings. The University is known for its Social Science disciplines including politics, economics, sociology, law and anthropology.

Founded in 1583, the University of Edinburgh comprises of three colleges with 20 schools of study and 35,000 students. It’s popular for Humanities and Social Science disciplines and its School of Medicine and Veterinary Medicine.

King’s College London prides of being London’s most central university, and ranks high for its international outlook. It’s home to over 30,000 students from 150 countries and is recognized for its cutting-edge research and strategic partnerships.

The University of Warwick is known for its commitment to academic research. It has four faculties, 30 departments, and the largest students union in the UK, hosting numerous events each year.

The University of Bristol was formed in 1876 and today hosts 24,000 students from over 130 countries. Located in Bristol, it is known for its forward-thinking spirit, interdisciplinary research and its sustainability approach.

If you are interested in learning more about studying in top UK universities, arrange your free consultation with SI-UK or visit one of our offices near you today.