Five Oldest Universities in the World are Located in the UK: A Centre for World Class Education

With a long history of academic excellence, stimulating learning environment and a vibrant student culture the world’s oldest universities situated in the UK tap the underlying potential of the world’s best minds. Additionally, the UK government is avidly promoting higher education in the country with massive investments in the education sector. The post study work visa rules for international students have also been made more favourable so that more students can stay back and work in the UK after course completion.

Learn more about the five oldest universities in the world below and if you want to study in the UK, arrange a free consultation with SI-UK India today. Our experienced consultants can help you find out more about the undergraduate and postgraduate courses there and help you apply with ease. 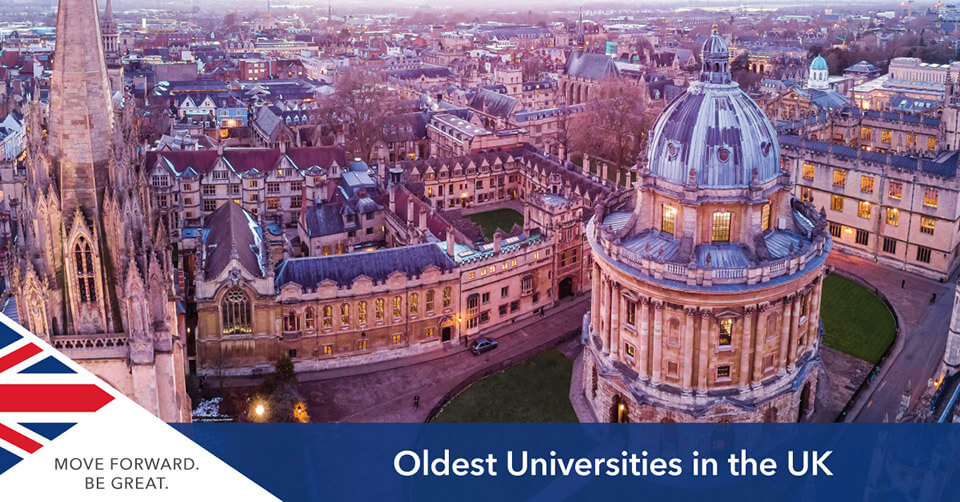 Five Oldest Universities in the World

There are plenty of reasons why international students prefer to study at the world’s oldest universities located in the UK.

Five Oldest Universities in the UK

Based on their year of foundation, we have listed for you five of the oldest UK universities.

Oxford University is considered the oldest university in the UK and the entire english speaking world. The start of teaching activities in the university dates back to 1096.

The University of Cambridge dates back to 1209 and is one of the most prestigious higher educational institutes in the world.

The University of Glasgow which was founded in 1451, is the fourth oldest university of the English-speaking world.

The University of Aberdeen, situated in the far north of the UK to the east of Scotland, was founded in 1495.

If you want to study in the UK at the oldest universities in the world,  arrange a free consultation with SI-UK India and learn more about the UK university application and visa process.