Study at London’s Most Central University

One of the UK’s oldest universities situated in the heart of London, King's College London is a top preference with international students applying to study in the UK. At King’s, students get to enjoy a world-leading university education at a prestigious Russell Group institute right in the middle of the UK’s vibrant capital. King’s students bathe in the glory of the university’s rich history, its internationally acclaimed teaching and ground-breaking research.

King’s College London is the largest of the University of London collegiate and enjoys a particularly good reputation for programmes in the field of humanities, law, sciences and social sciences.

Learn more about why you should study at King’s College London below, or arrange a free consultation to begin your application today. 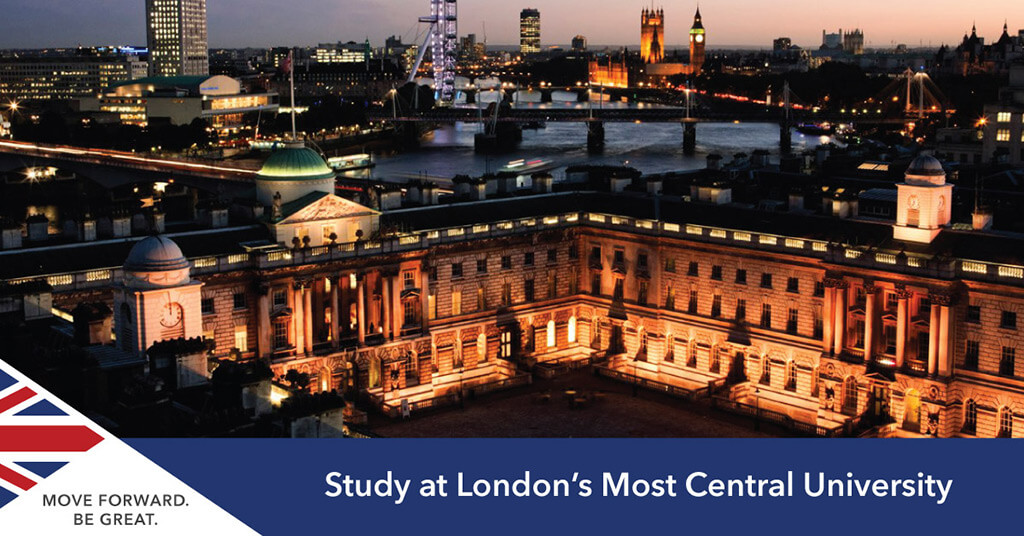 With four out of its five campuses lining the banks of the River Thames, King’s College is widely regarded as London’s most central university. Campuses are strategically located besides iconic landmarks like the London Eye, Big Ben and Tower Bridge. Having a campus in central London allows students to enjoy the dazzling and historic sites of the city;  the world-class galleries, libraries, museums and theatres; and choose from a wide range of nightclubs, pubs, cafes and restaurants.

KCL is a research-led university that is credited with major discoveries such as the structure of DNA and groundbreaking research in radio, television and mobile phones. The University is ranked sixth in the UK for its quality and quantity of research activity; 84% of the research is ‘internationally excellent’ according to the latest Research Excellence Framework (REF 2014).

King’s has a large and diverse student community with over 26,000 students enrolled from around 150 countries. It’s a popular choice for international students with 40% of the students coming from outside the UK.

Out of all the central London universities, King’s offers one of the best international student support. The King’s College London Student Union (KCLSU) is an independent body run by the students for the students and aims to provide every King’s student with the best experience possible.

A special service called Compass is also available across all King’s campus libraries, to provide support and information that students may require to resolve any personal issues while at King’s and to navigate through their studies.

King’s graduates have access to leaders in every field who can help broaden their opportunities with a 190,000 strong alumni network. The Students Union opens up London even more with various social networking events. King’s central location and varied partnerships with key London institutions allow students to connect in the vibrant and dynamic city of London. Partners include the British Library, British Museum, National Gallery, Southbank Centre and Tate Modern amongst others.

King’s is ranked fourth in the UK and 31st in the world for graduate employability prospects according to the Times Higher Education University Rankings (2021). King’s Careers and Employability team provide guidance and support in career planning, career advice, enhancing employability and building a professional network and host regular skill programmes and career fairs. King’s is targeted by national and international employers and its graduates are well represented in all the major fields such as financial services, tech industries, law firms and media.

Now job prospects for students are better than ever with the new post-study study work visa scheme, also known as the Graduate Immigration Route, which allows all international students to stay and work in the UK for a period of two years post-completion of their degree.

Study in central London and become a part of the large and diverse community of international students at King’s College. Apply with SI-UK India by arranging a free consultation online or in-person today.