The Most Beautiful Universities in the UK

The Most Beautiful Universities in the UK

The UK is home to world class universities who not only offer a high quality education, but also beautiful backdrops. Times Higher Education recently named the most beautiful universities in the UK, and the following are deemed to have the most eye-catching architecture, open spaces and best natural backdrops in the UK. 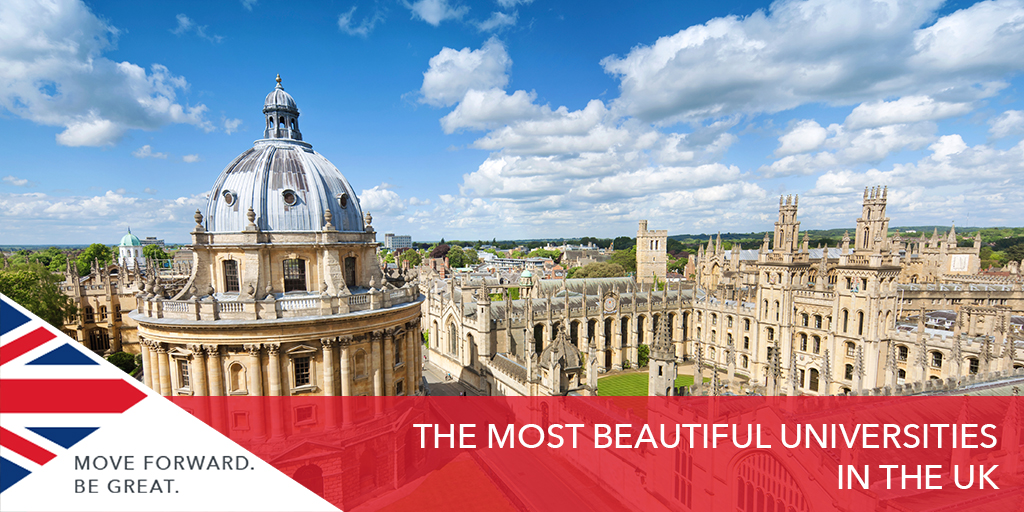 Five most beautiful universities in the UK

Officially named as the UK’s most beautiful university, Royal Holloway offers the best of both worlds; a safe, leafy campus in Surrey which is less than 40 minutes from central London by train. The 135-acres of parkland which make up Royal Holloway’s main site mean a quiet spot to study and relax is never far away

The Georgian Old College quadrangle, with its eye-catching dome, is home to the Edinburgh’s School of Law and the Talbot Rice Gallery, and is the centrepiece to one of the oldest universities in the world. The nearby 823 foot-high dormant volcano, Arthur’s Seat, is a popular spot for students for tourists.

Sussex is the only UK university surrounded by the stunning beauty of a National Park in the form of the “South Downs”. Sussex’s award-winning architecture gives the site a playful charm with its library constructed to look like an open book, and the entire site being shaped like a sitting cat.

Exeter’s Streatham Campus is a Green Flag awarded Registered Botanic Garden and is the ‘best-gardened campus in Britain’ with a ‘sublime’ setting. Its lakes, parkland and woodland make it a very special place offering a safe and pleasant environment for study.

Want to study in UK best universities, visit your nearest SI-UK  branch for a free consultation & choose your university carefully under our expert guidance.The Premium Service guarantees you an offer from a UK university