The Four UK Universities in the Global Top Ten

The QS World University Rankings lead the way when it comes to comparative analysis of higher education institutes all over the world. The latest university rankings are out and in 2022 four UK universities have made it to the world’s top ten, including the University of Oxford and University of Cambridge.

QS develop and implement comparative data to highlight the strength of institutions based on the following six metrics:

This means a thorough and holistic view taking everything that contributes to academic excellence into consideration. From more than 5,000 institutions, 1186 were ranked this year and several UK universities made the top 100. Of these, four UK universities feature in the top ten universities in the world.

Take a closer look at four of the best UK Universities in the 2022 QS ranking below and if you wish to begin your application to study in the UK, arrange a free consultation with SI-UK India today. 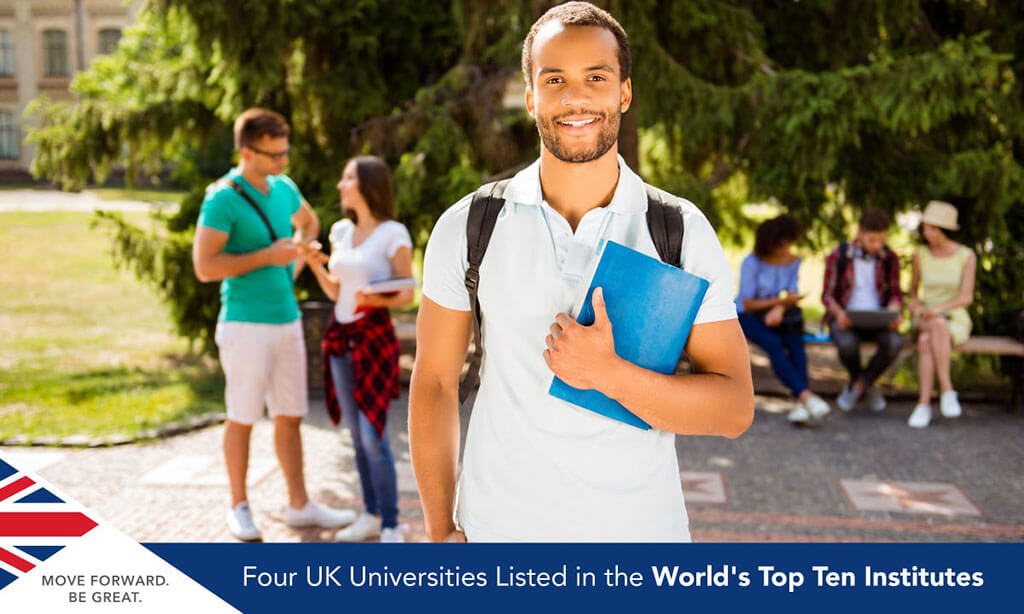 The University of Oxford is placed 2nd in the world, right after the USA’s Massachusetts Institute of Technology known more commonly as MIT. The world's oldest English speaking university, Oxford maintains the oldest university museum and university press, and the largest UK library system. Oxford’s strength is Science and it offers the best medicine faculty in the world. 29 Nobel laureates, 27 UK prime ministers and many world leaders, including Indira Gandhi, are Oxford alumni.

The University of Cambridge is 3rd on the list, right after Oxford. Cambridge is the second oldest university in the English-speaking world and is a world in itself with more than 100 libraries and 9 arts, science and cultural museums. The collegiate university has 31 colleges that are pretty much self-governing under one Cambridge banner. 98 Nobel laureates and 15 British prime ministers are Cambridge alumni.

The UK’s most international university, Imperial College London ranked 7th in the QS table. Imperial offers research-led education and focuses exclusively on science, medicine, engineering, and business. Known for its groundbreaking work and cutting edge research, the University has been awarded 14 Nobel Prizes and 81 Fellowships from the Medical Sciences.

Study at Top Ten Global Universities in the UK

UK universities have a strong reputation for high academic standards, research, and creativity. Apply to top ranking universities in the UK by arranging your free consultation with SI-UK India today.